How a Funeral Procession Could KILL You 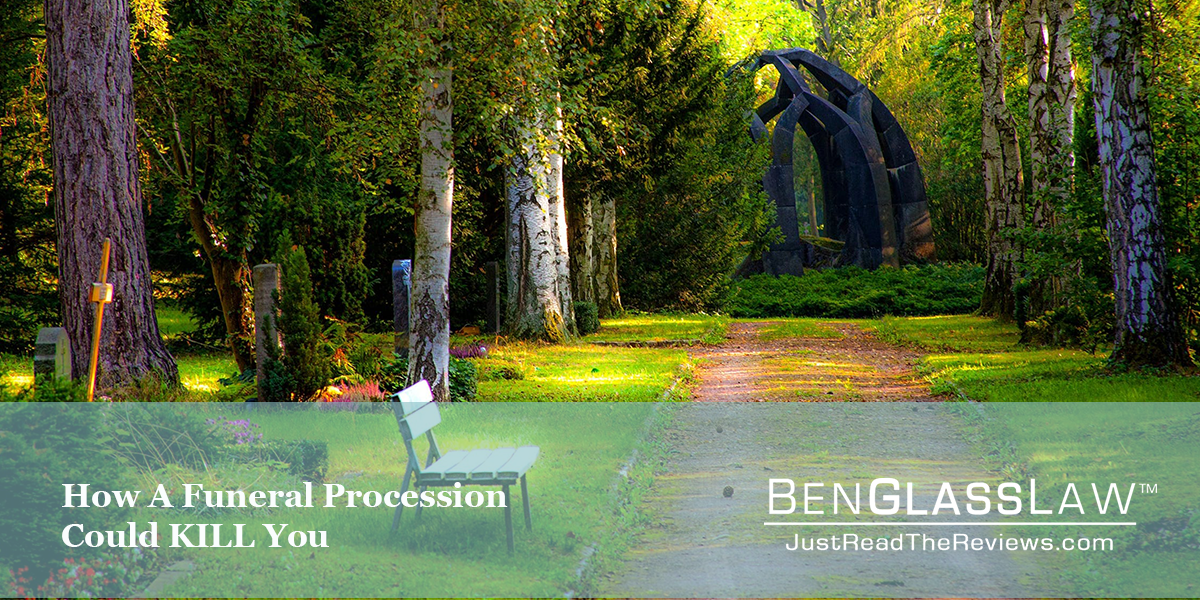 It’s tragic, but not uncommon: funeral processions can be deadly. A Virginia woman recovered $515,000 after she was seriously injured near Fredericksburg in a botched funeral home procession. In 2012, a study by AAA Mid-Atlantic showed that at least two people were killed and 23 injured in funeral procession-related crashes in the US. Funeral home directors acknowledge that processions are not respected the way they used to be, by drivers who either don’t know or don’t care about laws and customs giving funeral procession the right of way.

When Do Funeral Processions Have The Right of Way?

Conflicting laws and guidelines lead to confusion that can have tragic consequences. What can you do to be as safe as possible? Here are some suggestions:

Here’s the thing – funeral processions might FEEL SAFE. You have a placard for your windshield. You are in a convoy and you have your headlights on and your hazard lights flashing. Maybe the funeral home representative is even directing you into the flow of traffic. But with conflicting state laws and customs that are no longer routinely respected, it is better to be aware and safe than sorry.