How Did the Insurance Company Respond to a Claim that the Doctor operated on the Wrong Side of the Shoulder?

There's a lot of media coverage about so-called frivolous lawsuits. No one ever writes about the medical malpractice insurance companies that assert even more frivolous defenses.

This was a case where the doctor operated on the wrong side of the shoulder here in Virginia. The patient later had to have the correct operation performed.

The worst part is that the doctor just decided to "guess" which side of a person's shoulder to operate on after she had been put under anesthetia. Instead of postponing the operation, he went ahead and cut into her shoulder, causing permanent scarring and requiring additional physical recovery. 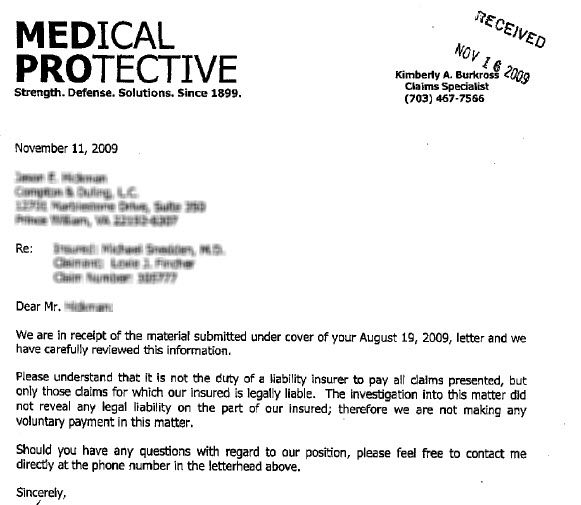 Read more about this wild case of wrong-sided surgery and the insurance company's ridiculous response. You wouldn't believe that this kind of thing still happens, but these kinds of mistakes are still made.

If you think you have been the victim of medical malpractice, you can request our free report on malpractice claims in Virginia. You can also call the BenGlassLaw team at (703)584-7277 to discuss your claim.