What should you do if you (or someone close to you) were involved in a slip-and-fall accident in Virginia?

As I've writting before, Virginia is notoriously difficult to win slip-and-fall claims, as Virginia courts time-and-time again throw out law suits.  So you slipped-and-fell due to another’s negligence in Virginia, here’s some pointers.

Why are cases so difficult? Because Plaintiff’s must prove negligence.

To be clear, if you fall in on a property (let’s just use a store for the example in this article), the store is not simply liable because you were injured.  After all, accidents happen.  The store is not your health insurance company.  If you fall because you weren’t paying attention, or you fell on something “open and obvious,” it makes sense that you're not entitled to injury compensation.

You're only entitled to money if you fell becaus the store was negligent.  It's your duty to prove that negligence.  For example, if you fell on a recently, mopped floor, you’d need to show the store failed to put up a “Wet” sign to warn you that it was slick.  If you can’t prove why you fell, you lose.  It’s not enough to believe “there’s no way I would have fallen but for someone else’s negligence” to win.

What’s more, simply because the store took efforts to fix a dangerous condition after your fall is not enough.  In fact, court’s generally exclude this type of evidence because they want to encourge store owners to make their property safer.

The problem with this is, however, for true victims of negligence, they are often hurt after a fall.  And not in a position to gather evidence to prove their case.    That said, if you’re reading this article here’s a couple things you need to do if you or someone close to you slipped and fell due to someone a property owner’s negligence:

1. Take photographs of the dangerous condition.
Whether the fall was due to water or liquid on the floor, an out of place object, etc., a picture is worth a thousand words.  And often shortly after a fall, whatever dangerous condition that caused the fall is removed.  So get out the cell phone and snap as many pictures as possible.

2. Talk to witnesses AND get their contact information.
If anyone nearby saw what happened, make sure to speak with them.  On top of that (and most importantly) get their contact information.  It’s not going to be enough to say “a customer saw me fall, and she said she had warned the store moments before of the spill on the floor.”  You have to have that person able to testify in court to get that evidence admitted if the case has to be fought in court.

3. Speak to store representatives and ask questions immediately.
Store representatives speak for the company, and often times they make statements that can support your case.  For instance when the store clerk comes up and admits “I forgot to put up a wet sign,” that may be admissible in court under the right circumstances.  Be aware though that store reps will stop talking quickly because they will be directed to do so (either by higher-ups or their insurance company).  Unfortunately, that means that you’re probably not going to get more information from store representatives once the commotion caused by your fall is calmed down on the scene.

4. Write a letter asking the store to preserve evidence. (“Spoliation of Evidence Letter”).
While you may not think this is a big deal, the point of the letter, in addition to preserving evidence, is to put the store on notice that you have a claim.  In those instances, if they then destroy or lose evidence, should the case have to go to court, you can ask the court to hold them accountable for “spoliation of evidence.”  In all practical terms, it may allow you to get a positive finding for you in court because evidence was lost by the store.

Look, every case is different.  And slip-and-fall cases are extraordinarily difficult.  Simply put, court’s don’t like them.  So you’ve got to do your best to protect your claim even if you’re not in the best physical state to do so.  So if you’ve got someone with you that can help out, have them take action too. 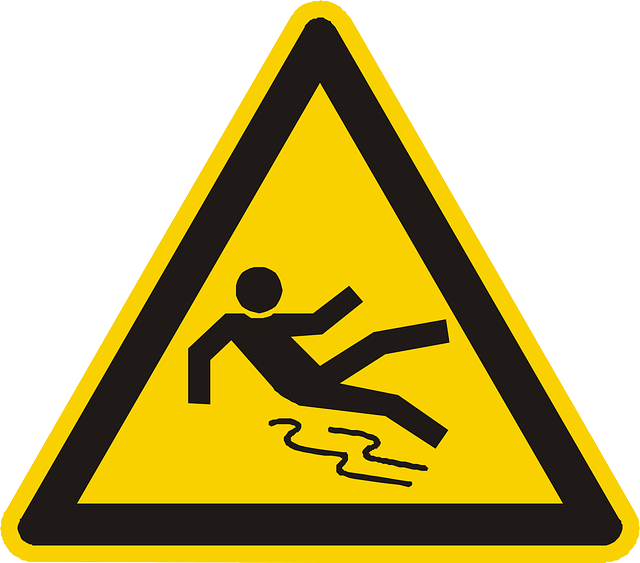