Was Alcohol a Factor in your Life Insurance Denial? 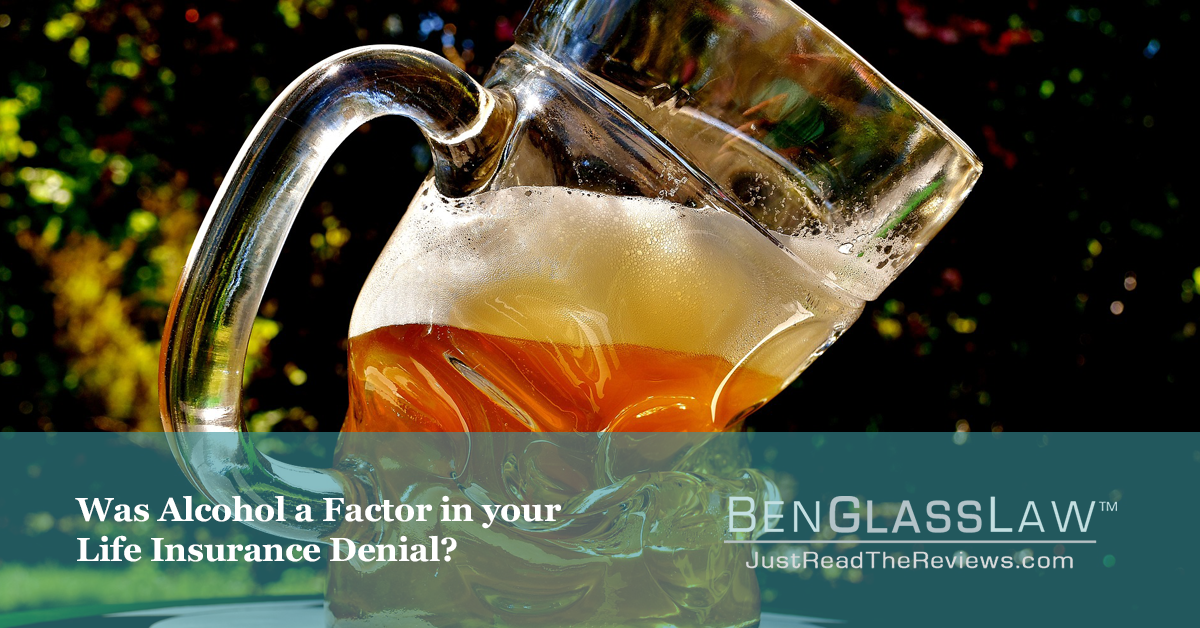 Most life insurance policies have a clause that says they will not pay if death was due to an “injury sustained while intoxicated.” That sounds reasonable. But it’s NOT reasonable to deny coverage to everyone who happened to be intoxicated when they were injured and died.

We won an appeal recently for the family of a man who died while kayaking on Lake Michigan. Yes, he brought beer with him on the kayak trip. The weather quickly and unexpectedly turned aggressive. And yes, the kayak capsized and tragically, he drowned. But the insurance company was wrong to deny benefits simply because he had been drinking. Do you know how many people drowned while kayaking on Lake Michigan who had NOT been drinking? Sadly, there have been many. The link that the insurance company (in this case, The Standard) assumed between drinking and drowning was a reach.

Judges have agreed and been clear about two important things:

Life insurance denials are devastating, and insurance companies know they will come at the lowest point possible for you. They make the denial sound obvious and air tight, and sometimes it is. But often, the insurance company has over-reached, and interpreted their policy in a way that a judge has already said is not allowed.

Most denied life insurance claims give you a very short time to appeal. If the life insurance is a group policy obtained through an employer the rules and time limits for appealing are very strict.

We would be happy to chat with you for free about a denied life insurance claim. We would love to help you tell your story.