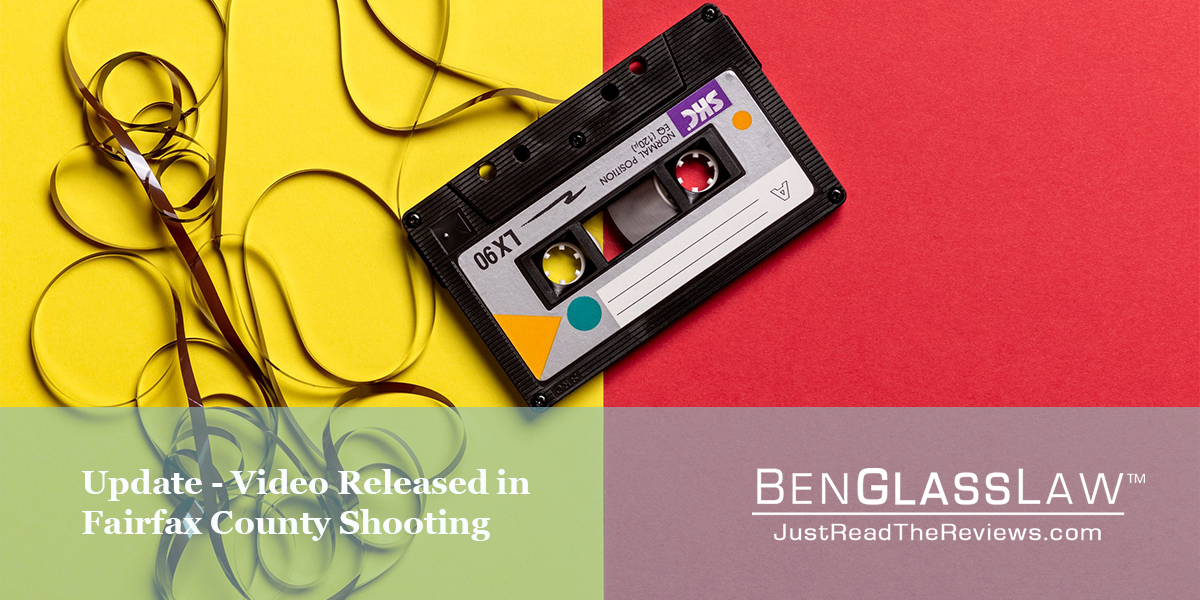 The Fairfax County Police Department has released video of the fatal shooting of Jovany Amaya Gomez. You can see a condensed version of the video here, (WARNING: Video is graphic) with a link to the full video (over an hour long) from a surveillance camera at the bus stop where the shooting took place.

I applaud the FCPD for releasing the video and providing some insight into the incident. This is a vitally important step in providing the transparency the community needs to determine what happened in this case, and what can be done better in the future. But this should be the beginning of the investigation, not the end. Shockingly, despite all the hours at the hospital and over an hour of Mr. Gomez pacing around the bus stop, swinging the sign, the FCPD says the deputy responding knew only that there was a disturbance at the bus stop. He did not know Mr. Gomez was armed with the sign, or that he had been released from the hospital following a mental health screening. Why in the world not? Where did communication break down so severely? Had the deputy known the background and current situation, could he have responded differently, in a way that could have ended safely?

When you watch the video, the sequence from the Fairfax County sheriff’s deputy arriving, alone, on the scene to shooting Mr. Gomez is short – less than 15 seconds. There is no attempt to deescalate the situation, and in fact the deputy’s fast, aggressive arrival appears to have provoked Mr. Gomez, who was pacing and was not immediately threatening. The Fairfax County prosecutor’s decision not to charge the deputy is based on the few seconds between when Mr. Gomez charged the deputy and when the deputy shot him. But this should never have come down to a split-second decision for the sheriff’s deputy. There was plenty of important information that should have been communicated about what had gone on before the deputy arrived. The deputy had, or should have had, appropriate training in how to deescalate a crisis like this. Why didn’t he use it? Should he have had a team with him, instead of responding alone? As a community, we have the responsibility to ask these questions, demand answers, and take action to achieve a better outcome next time.