Brain Injury Trial Transcripts from Seth Tuwiner, M.D., Gary Kay Ph.D. and Mark Miller in Trial Where State Farm Made No Offer to Settle the Case and the Jury Returned a Verdict of $450,950 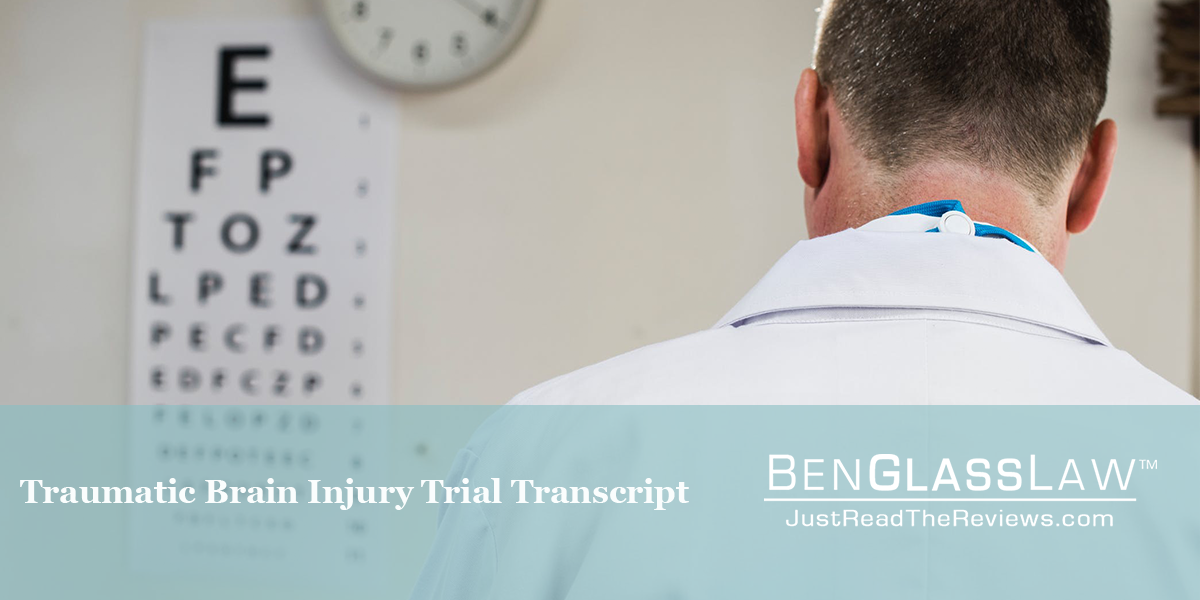 This case alleging a brain injury from a car accident was defended by State Farm and three doctors hired to testify for State Farm.

State Farm made no offer in the case, in part because State Farm's experts testified that the plaintiff suffered no head injury in the accident, that his current memory was "awesome" and that all of his symptoms were attributable to a long history of obstructive sleep apnea.

We are making a trial transcript available for educational purposes.

Neuropsychologist Gary Kay testified that the plaintiff's memory was "awesome" even though he "possibly suffered a concussion in the accident."

Sleep specialist Mark Miler, M.D. testified that all of the plaintiff's symptoms were attributable, not to a head injury, but obstructive sleep apnea.

Here is the full report:

This case arose from a June 10, 2015, T-bone car accident case where Plaintiff was proceeding through an intersection with a green arrow when the Defendant ran his red light and struck Plaintiff on his driver’s side.  Defendant claimed contributory negligence.

Due to the accident, Plaintiff claimed he suffered a mild traumatic brain injury, which caused him symptoms preventing him from working as an attorney to include memory loss, inability to comprehend new information or multitask, and flat emotion.

At trial, the Defense presented medical experts that disputed Plaintiff suffered a permanent brain injury (indeed their neurologist opined that Plaintiff suffered no head injury at all and their neuropsychologist told the jury that plaintiff’s memory was “awesome for a guy his age”).  The Defense claimed that Plaintiff’s ongoing cognitive issues were the result of pre-existing medical conditions to include long-standing severe sleep apnea, hypothyroidism, diabetes, etc.  It was established at trial that the Plaintiff had reported symptoms to his primary care doctor to include ongoing fatigue and short term, intermittent memory loss before the subject accident.

The defendant maintained a $25,000 policy through Geico, which was tendered.  Plaintiff had an additional $1,250,000 UIM policy through State Farm.  State Farm made no offer to resolve the case.