The Long-Term Disability Insurance Company Used Surveillance to Deny Your Claim, Should You Appeal?

Why? Because insurance companies often deny legitimate claims. Remember, they don’t want to dig through hundreds of pages of medical records, test results, and letters from physicians if they can dismiss a complex claim with a simple, “AHA! We found you walking your dog!” That’s a true story by the way.

Long-Term Disability Insurance Companies Are Sneaky - Watch Out for Their Tactics.

We filed an appeal for a client who had been dealing for years with a degenerative neck and back condition. Her doctors had been working to maximize her quality of life, but success depended on very carefully managing her activity level. Working and sitting for 40 hours per week was out of the question, but walking her dog was often okay – at least on days she felt up to it.

The problem was, on one of her good days, the insurance company had a surveillance team watching. They watched her and her home for three full days (they are allowed to surveil your house but must remain on public property when doing so). On Day 1 and Day 2, there was no activity to observe. But on Day 3, on a beautiful fall afternoon, they recorded a total of 45 minutes of activity.

So what did our client do to receive a denial letter? She took her dog for a walk (Yes, you read that correctly). Even more “outrageous,” she stopped to chat with her neighbors for a few minutes! Most “incriminating” thing of all, as she chatted, she crouched down (as her physical therapist had taught her to protect her back). Basically, she did nothing wrong.

But why was this a problem? It was all the insurance company needed to terminate her disability benefits on the grounds that her “reported level of activity” was inconsistent with her “observed level of activity.” Never mind the MRIs and medical records – clearly, the dog walk meant she was “faking and lying” (this is the unfortunate truth when it comes to insurance companies).

Why Should You Appeal a Denied Long-Term Disability Claim?

We would love to tell you that this was an isolated incident, but unfortunately, it's not. Cases like hers are pretty common.

For example, we filed appeals for a woman who was observed attending her son’s soccer game, a woman who carried a towel to the neighborhood pool, and a man who carried a small bag of trash out to his trash can. All three of those cases had one big factor in common. In each case, the client had hundreds of pages of medical records, test results, and support from more than one highly reputable physician (including a world-renowned expert in a rare disease). But the insurance company will disregard all of that if there’s even a chance they can call you a “faker or a liar.”

If the insurance company "catches" you doing something you told them you could do, it's important to not give up – there’s a good chance you have a strong argument to reverse the decision. In the four mentioned cases, we won three of those appeals and filed a lawsuit for the fourth, which resulted in a settlement for the client before going to court.

The moral of this story? Be honest. Be honest with your doctor about what you can and cannot do. Be honest with your lawyer. And be honest with the insurance company – don’t say you can’t drive if you drive only short distances. That way, when they “catch” you doing something as daring as taking the dog for a walk, we can go to bat for you. In most cases, if you’ve been honest, we’ll win. 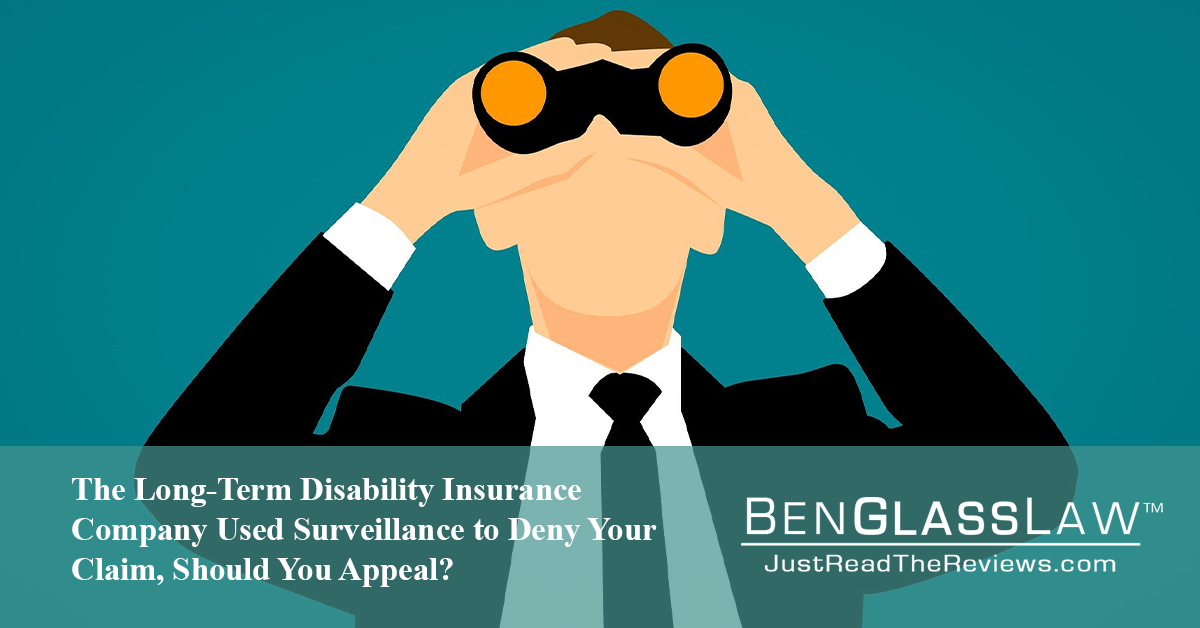 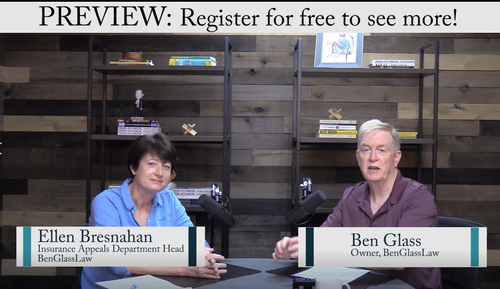 Unsure of the Next Steps After Receiving a Denial Letter? FREE Exclusive Webinar to Discover What Steps You Need to Take Before You Move to AppealRequest Information