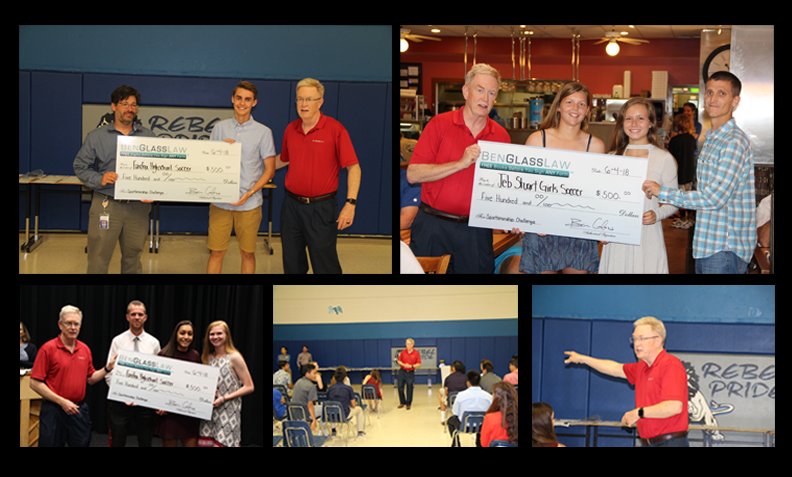 Ben has been a youth soccer referee since 1974, and much to our dismay, the state of sportsmanship from players, parents, and coaches is hitting a really rough patch. Earlier this year the Washington Post ran an article stating that verbal abuse is causing a referee shortage in local youth sports.

Ben aims to fight back against this trend by awarding local high schools with up to $1000 ($500 each for the boys’ and girls’ varsity teams) if they can make it through the spring season with ZERO yellow or red cards for unsportsmanlike conduct.

If your school is on the list, definitely reach out and encourage them to take part. Youth athletics should be about healthy competition, not dissent and name-calling.

It’s not just about setting a good example for our kids. It’s showing them that good behavior is rewarded in the real world and that treating each other with respect is a cornerstone of our society. It would be a real shame for the referee shortage in our community to continue for such a petty and childish reason.

The BenGlassLaw Varsity Soccer Sportsmanship Challenge is a positive way to fight for sportsmanship here in Virginia, and we’re proud to put our money where our mouth is this season.