UPDATE: No Charges (and No Accountability) in Death of Mentally Ill Man in Fairfax County 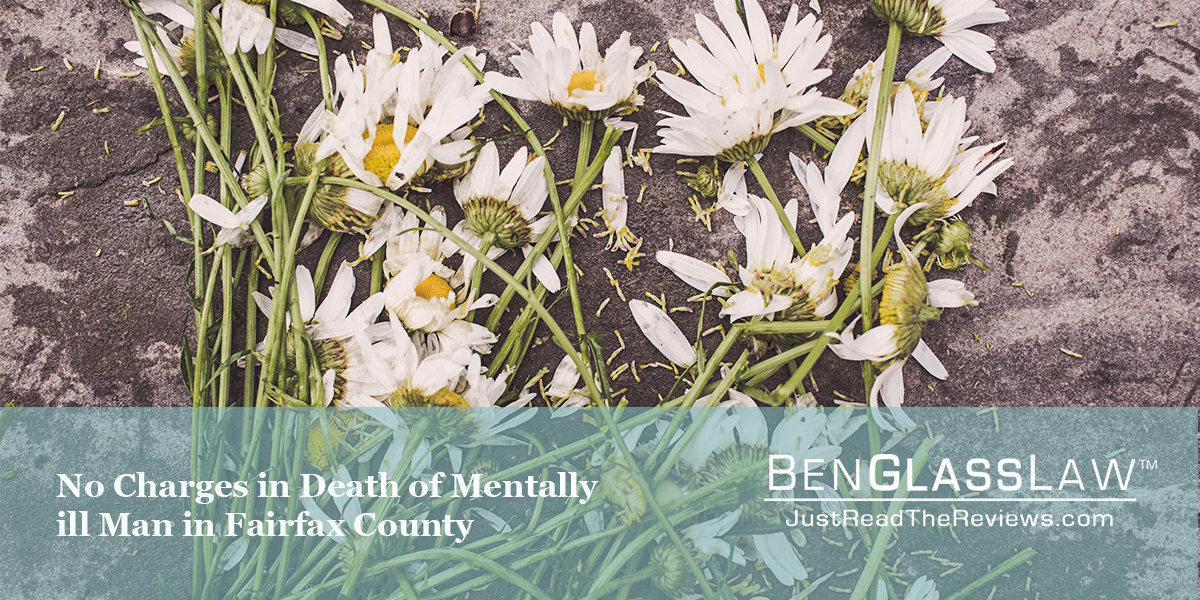 In August, I wrote about the shooting death of a suicidal man who sought help from the police. He was first identified as Giovanny Martinez, but is now identified as Jovany Amaya Gomez. The police officer he encountered first took him to Inova Fairfax Hospital for evaluation. The hospital released him and had a security guard escort him to a bus stop. Mr. Gomez became agitated, waving a “No Smoking” sign and hitting a security guard with it. The police were called. The second officer shot Mr. Gomez multiple times and killed him. Now, the Fairfax County prosecutor has determined that no charges will be filed against the officer who killed Mr. Gomez, saying the officer acted in self-defense.

Justice for the Mentally Ill

I’m SICK about this. Where is the accountability? What are the “lessons learned” so that this doesn’t happen again? Where is the transparency into how the decision not to bring charges was made? This is a BIG DEAL. A man asked for help, was taken to the hospital, and very shortly after ended up shot by police. This is not “one of those things.” This is OUTRAGEOUS – and if the prosecutor was only considering the final few moments before Mr. Gomez was shot, saying the officer acted in self-defense, then our community is missing a vitally important look at the BIG PICTURE. SOMETHING went wrong here – why is Fairfax County not committed to figuring out what it was and who were the people or agencies responsible?

How Should the Police Be Held Accountable?

This is not the way for a caring, evolved community to deal with episodes of mental illness. With the right training and mindset, incidents can be de-escalated and managed safely. So far, I’ve heard nothing about any attempts to deal with Mr. Gomez’s outburst by containing and de-escalating, or by using non-lethal means to subdue him. Why not? Have we learned nothing from the deaths of John Geer and Natasha McKenna, both of whom were killed by Fairfax County police? This has got to stop. Fairfax County recently established a Police Civilian Review Panel to investigate allegations of abuse and misconduct. I call on them to review this case, and all cases where a police officer uses deadly force. And I hope that will lead to substantive changes in how the police react to and deal with crises involving mentally ill citizens. Because this could be any of us, or our family or friends. We deserve a more thoughtful, effective approach than the use of deadly force.

Get the Best Law Firm Newsletter in VirginiaRequest Information