Steps to Take When Investigating a DUI Crash in Virginia - You May Be Entitled to Punitive Damages - Brian Glass explains Virginia law. 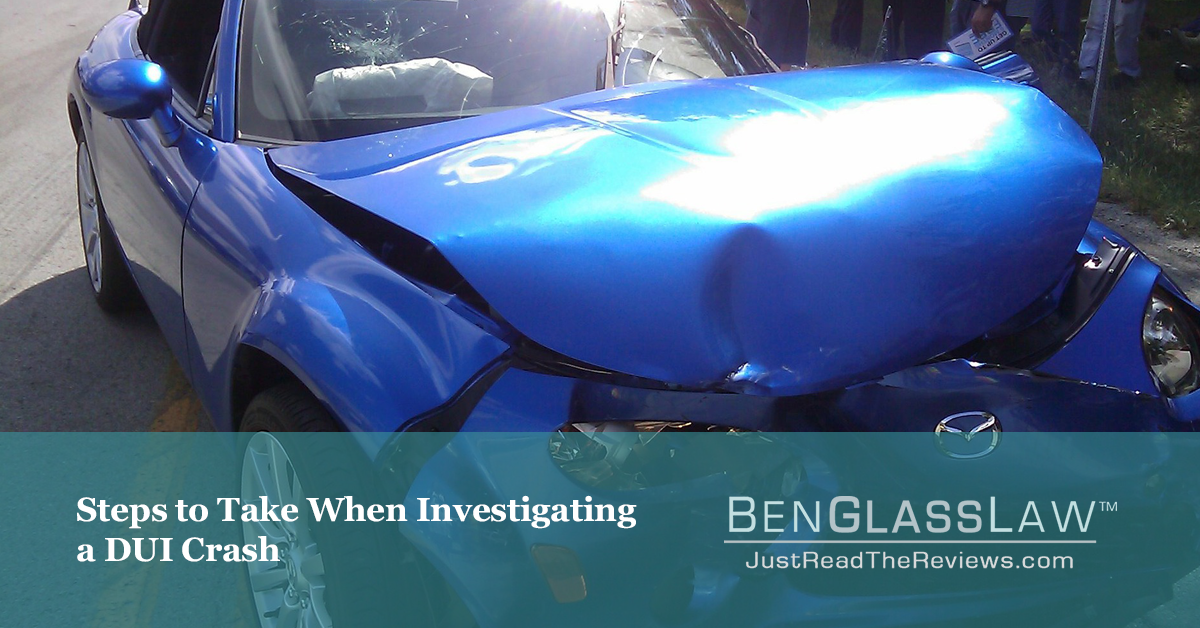 What do you do when the driver who caused your crash stumbles out of his car, rambling incoherently and smelling like booze?  With almost any auto accident your first step should be to call the police and seek any medical attention you believe you need.  But if you were hit by a drunk driver in Virginia, you should take several additional steps to safeguard your rights.

Drunk driving claims in Virginia are unique.  In most cases, the injured driver is entitled to compensation for medical costs, lost earnings, and the pain, suffering, and inconvenience of having been involved in the crash.  But there is a big difference between compensatory damages and punitive damages which are available in a drunk driving crash.  There are two ways that punitive damages become available for a plaintiff in Virginia:

Blood alcohol concentration (sometimes called "BAC") measures the level of alcohol in someone's blood.  The arresting officer will either take the defendant to the hospital for a "blood draw" or take them to the station for a "breath test."  Either way, if the blood alcohol concentration is greater than 0.15 (just under twice the legal limit to drive in Virginia), the defendant may be liable for punitive damages in Virginia.

Punitive damages can be a big value driver in Virginia auto accident cases.  The possibility of going after punitive damages needs to be investigated any time the defendant driver is accused of being drunk.

Some steps that your attorney might take in investigating the DUI charge are:

Gathering information is crucial to getting maximum compensation in a punitive damages case.  We have reviewed cases with very salacious details which we never would have known about without obtaining a copy of the Criminal Complaint.  In one case, we learned that the Defendant first denied that he had caused the crash, told police officers that he was the backseat passenger in an Uber and that the driver had fled the scene.  Of course, after police spoke with the ambulance drivers who had arrived on the scene before they did, they learned that this was a lie.

In another case, police asked the drunk driver who had rear-ended our client how much he had to drink.  His response?  "Not enough."

In yet another, a background check showed that the drunk driver was on his sixth DUI!

The point is that there are many egregious facts that you will never learn if they are not properly investigated.  And you can never trust the insurance company to treat you fairly unless you have done your own research.