Frivolous lawsuits-What Insurance Companies do to lie to the Court

I represent a woman who was sitting as the passenger in a car parked in a McDonald’s parking lot. Just sitting there. Her daughter, who was the driver was talking on her cell phone so she decided, correctly, to not drive while talking.

A young teenage girl who had her driver’s license for only a few months started to drive away from the drive in window where she had picked up her Big Mac order. She stomped on the accelerator too hard, panicked and tried to slam on the brakes, but succeeded only in hitting the accelerator even harder.

Not surprisingly, she slammed into the back of my client’s car.

We PLEAD that the teenage driver was in no way responsible for this accident.

Here the pleading they filed in court: 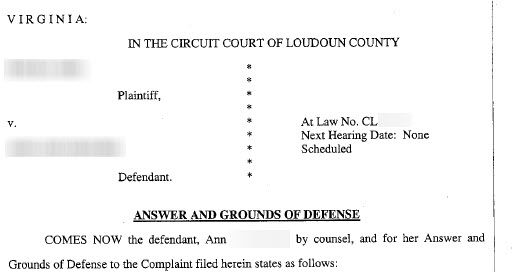 Now, please understand that it is unethical for this lawyer to have filed this pleading. In written sworn answers to our questions that we posed in “discovery” the young teenager offered no defense to the claim. When I took her deposition (because her insurance company was basically lying to the court) she admitted the facts just as I have stated below.

Because they filed this incredibly deceitful pleading, we asked the defendant to file sworn anwers to written questions. Here is what they said about the accident even though the lawyers said "we didn't do anything wrong."

Still the lawyers refuse to change the 'official pleadings."

So we took the deposition of the defendant and tried to find out how her lawyers could file such deceitful pleadings with the court: 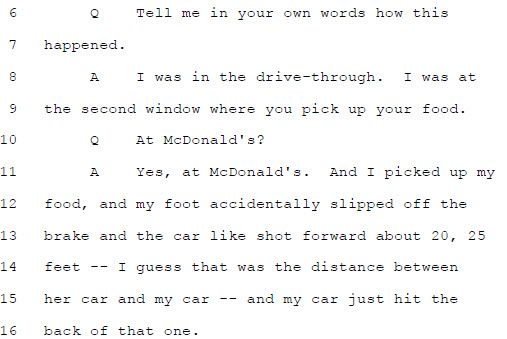 You can't always trust that an insurance company lawyer will tell the truth after an accident.