Fairfax Man Needed Help. He Was Shot and Killed Instead. 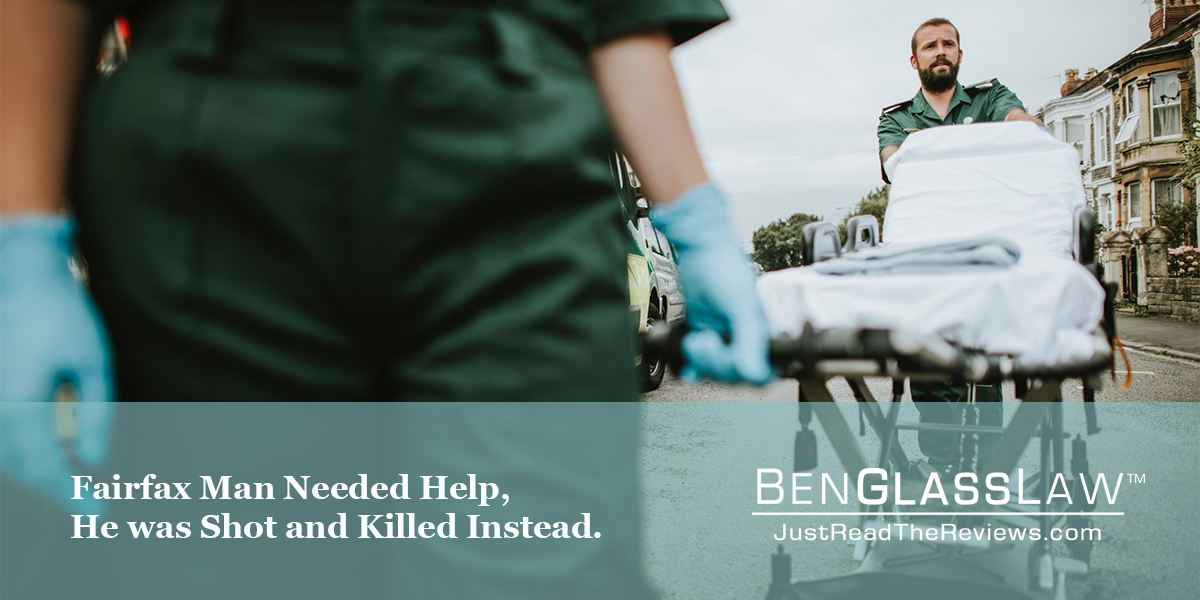 BenGlassLaw is following this case very closely. We feel very strongly that people with people mental health issues need to be treated with respect, and they certainly don't need to be approached by a violent police officer. Read Washington Post's recent article on Giovanny Martinez for more information.

Sometimes the sense of outrage is so strong you can feel it in your gut. And my gut has been churning ever since I heard about Giovanny Martinez, the young man who was shot and killed by a Fairfax County deputy earlier this month. Giovanny was having a mental health crisis and he knew he needed help – he approached a Fairfax County police officer and said he wanted to die. The officer wisely called an ambulance to take him to Inova Fairfax Hospital. So far, so good. So how did this man end up dead?

Released From the Hospital Onto the Streets

There will be an investigation, of course, but Giovanny for some reason was discharged from Inova Fairfax. It’s important to note that the law allows for a person to be involuntarily committed if they pose a danger to themselves or others.  A person who has told a police officer that they want to die should meet the criteria of someone who is a danger to themselves – right? It’s outrageous that this man, who knew to ask for help, didn’t get it. Instead, he was discharged and escorted to a nearby bus stop. There, he began swinging a metal sign. Someone called 911 and a deputy who was at Inova responded. And a few minutes later, Giovanny, who was not armed with a gun but was swinging a sign, was dead. The Fairfax deputy had ordered Giovanny to drop the sign and when he didn’t, the deputy fired several times and killed Giovanny Martinez.

I know – being a cop isn’t easy. Neither is being on the front lines at the hospital. This isn’t about pointing fingers, but it IS about finding justice for Giovanny and his family, holding people responsible for any mistakes they made, and most of all – reforming this outrageous system! Giovanny could have belonged to any one of us. His family said his mental health was troubling both them and him lately. He was trying to get help – he visited Inova Fairfax several times in the past couple months seeking help for depression. And then he flagged down the Fairfax County police officer. There is something SO VERY WRONG about a system that turns away someone who needs help, who is asking for help. And the current shoot-to-kill mentality in our police force made this sad situation tragically worse.

Is Aggressive Violence from the Police Needed?

Why do police need to shoot-to-kill anyway? I know the easy answers: that’s how they’re trained. They shoot for center mass to avoid stray bullets that might hit bystanders. Wounding someone doesn’t always stop them. Certainly there are situations where you need to shoot to kill. But how could this be one of them? Was there no way to de-escalate this situation, if the Fairfax deputy had the right training and presence of mind? Why aren’t police given alternatives to lethal force? Non-lethal weapons do exist, and while none are perfect, any of them would have given Giovanny a chance to get the help he needed. Mental illness is treatable, and that’s why this incident is so disturbing.

Police Brutality of the Mentally Ill

I will be watching this investigation, and I urge you to do so, too. The first thing that troubles me is that the Fairfax County Police Department is investigating what happened to Giovanny Martinez at Inova Fairfax. That sounds like a straight-up conflict of interest to me. And this is at least the third incident of a questionable Fairfax County police killing (see also John Geer in 2013 and Natasha McKenna in 2015). Who’s investigating the FCPD? After three questionable deaths in as many years, isn’t it time? The Washington Post published my letter to the editor, “We cannot ignore the need for serious reform of law enforcement,” and I hope that will prompt an independent review of this incident and others like it.

So I am still outraged, but I am also determined to do what I can to fix this sad and broken system. THIS – this is why I became a lawyer. The big guys, like Inova and the FCPD, can’t always be trusted to do the right thing on their own. They need to be held accountable, and standing up for our clients is the best way lawyers can help with that. If there are fewer wrongful death suits as a result, I am just fine with that.

The Fairfax County Sheriff's Office identified Deputy Patrick McPartlin as the officer who shot Giovanny Martinez outside INOVA Fairfax Hospital last month, as reported by the Washington Post. McPartlin was also one of the deputies involved in an incident last year at the Fairfax County jail that resulted in the death of mentally ill inmate Natasha McKenna.