Hit By a Drunk Driver? You Might Be Eligible for Punitive Damages 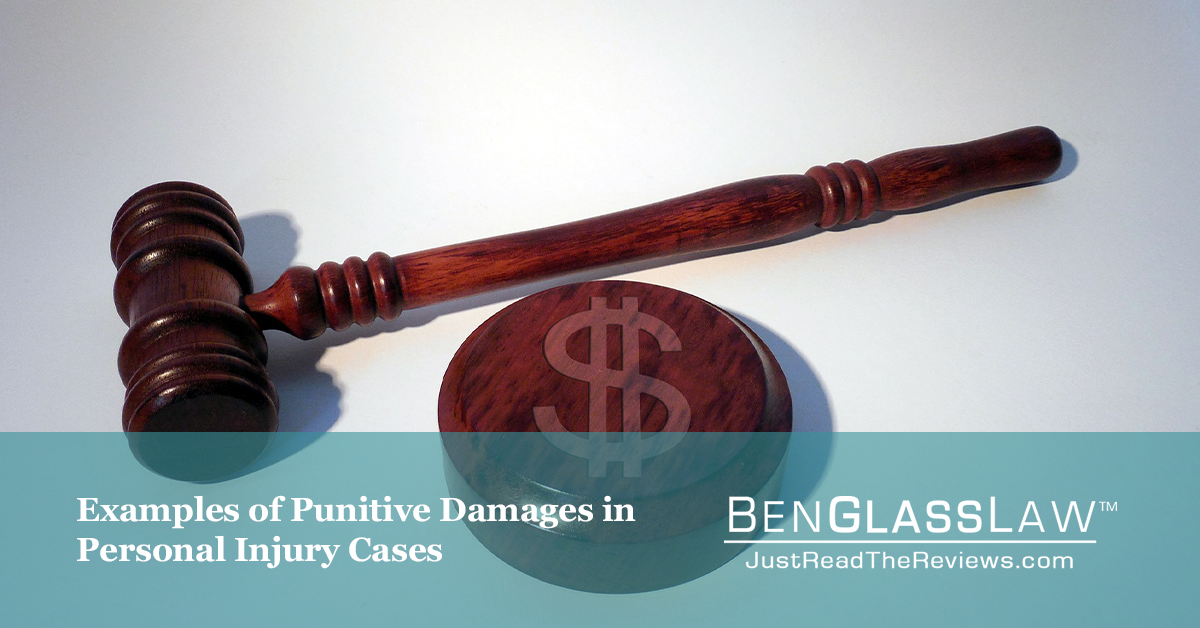 There are three categories of damages in personal injury cases: Compensatory, General, and Punitive. Today, we'll talk about Punitive Damages.

Punitive damages are awarded, not to compensate you for your injuries, but to punish the driver that hit you. Essentially, when a court awards punitive damages, it’s making a statement that drunk driving will not be tolerated.

Punitive damages are allowed under Virginia Code Section 8.01-44.5  when:

Under Virginia law, a defendant is DUI when his/her BAC is (.08) or greater.  That means to qualify for punitive damages under the Virginia code, to even start, the Defendant’s BAC needs to be almost TWICE the legal limit!

Clearly, Virginia has strict guidelines in awarding punitive damages. Virginia law requires that the defendant acted “Wantonly, oppressively, or with such malice as to evince a spirit of malice or criminal indifference to civil obligations.”

Perhaps, one of the most famous punitive damages cases occurred in New Mexico. The Liebeck v. McDonald’s Restaurants Case or in popular media, known as the Hot Coffee Lawsuit.

Stella Liebeck sustained severe third degree burns from a coffee she purchased in the McDonald’s drive thru. Important to note that she was the passenger in a vehicle that was parked and there were no warnings about the dangerously hot temperature of the coffee. McDonald’s common practice was to serve the coffee at 180 to 190 degrees Fahrenheit, a temperature that could cause third degree burns in three to seven seconds. There were also close to 700 other accounts of customers suffering burns from the coffee around the time of the case.

Stella Liebeck was eventually awarded 3 million dollars in punitive damages and the jurors chose their verdict with the reasoning that McDonald’s restaurants showed “callous disregard for the safety of the people.” The case fell under the “Wantonly, oppressively, or with such malice as to evince a spirit of malice or criminal indifference to civil obligations” guideline in the eyes of the jury.

A woman was rear-ended in a car accident which resulted in severe neck injuries. She was later awarded pain and suffering damages of $160,000 and punitive damages of $70,000.

The defendant was arrested at the scene of the crime for a DUI. Upon appeal of the charges, both damages were affirmed. The awarded punitive damages was based on the plaintiff’s evidence that the defendant was two times the legal drinking limit and displayed wanton and reckless behavior.

This is a case that would most likely would have passed Virginia's strict guidelines and been awarded punitive damages if it occurred in Virginia.