Can You Receive Punitive Damages in Virginia If You Get Hit by a Driver Who Was on Their Phone? 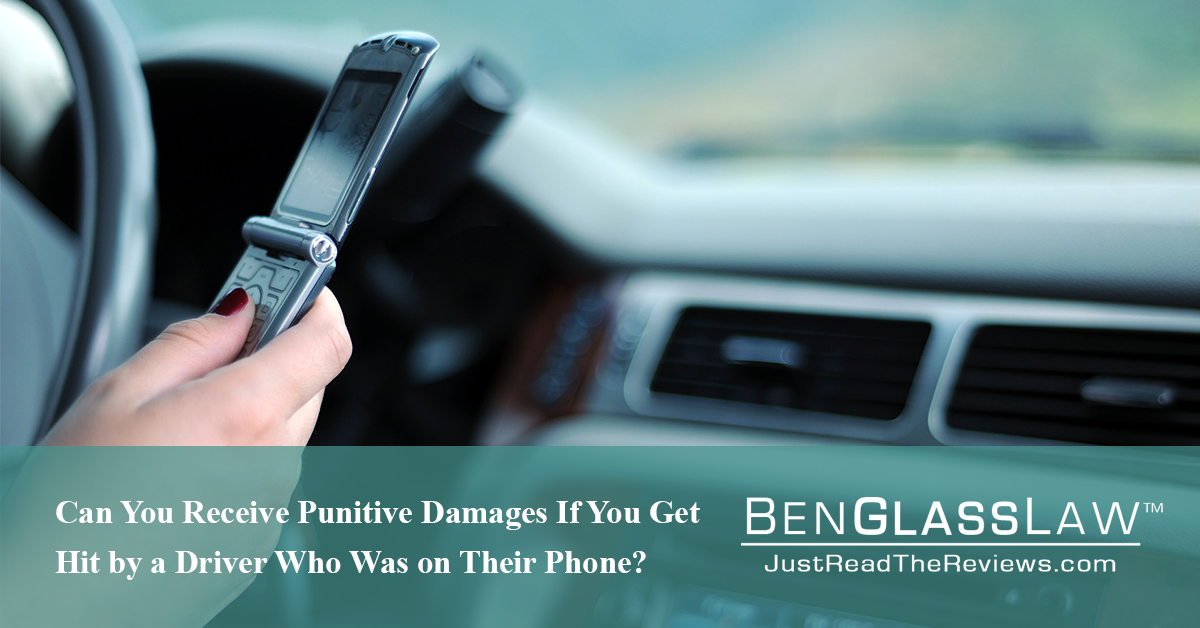 A question we sometimes get is whether the victim of an accident can receive punitive damages if the other driver was using a cell phone.

To tackle this question, we first need to go over what punitive damages are and how and when they apply to an accident case. Generally, in a personal injury case, the victim can be compensated for lost wages, medical bills, pain and suffering, and inconvenience. These are called compensatory damages that compensate you for what you lost.

There is a different category of damages called punitive damages which are designed solely to punish the other driver for what they did.

In a typical negligence case where someone was not paying attention (ran a red light and rear-ended you), we will most likely not punish the driver. Instead, we will just ask them to compensate you for all damages.

It is important to note that punitive damages are extremely hard to win in Virginia. 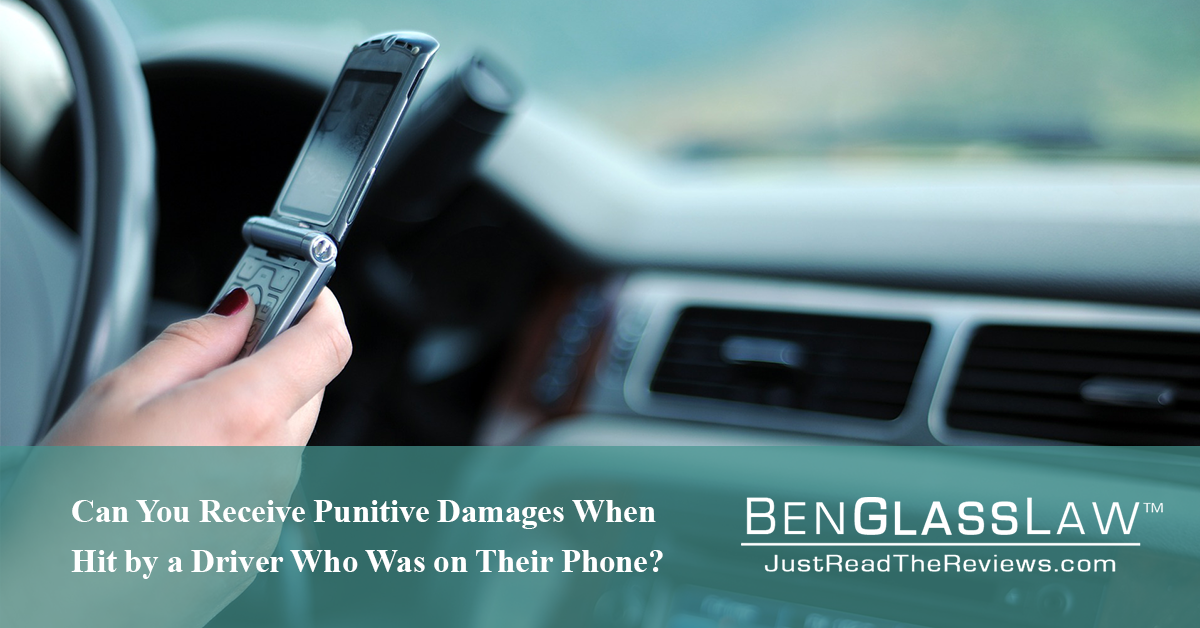 Why Are Punitive Damages Hard to Obtain in a Car Accident Case Involving a Cell Phone?

As of the date of writing this, there are currently no Virginia Supreme Court decisions upholding a punitive damage claim when the offending driver was using a cell phone.

BUT there is an argument for it.

Talking or texting on a cell phone while operating a vehicle is a little bit different than negligence. For reference, in the court of law,  negligence would be something like running a red light and causing an accident as a result of not paying attention, which is considered a mistake. The argument for operating a vehicle while distracted by a cell phone is different.

When a driver looks down at their cell phone while operating a vehicle, they have now made the conscious decision to take their eyes off the road, potentially endangering those around them. They should be punished for that.

Yes, the argument is there, but there have not been any punitive damage claims upheld in the Virginia Supreme Court in relation to operating a vehicle while using a cell phone and causing an accident. There have been a few circuit courts that have ruled that way, but at the end of the day, it really takes a specific set of facts to make the claim win.

In about ninety-nine percent of cases, you are not going to have a claim for punitive damages when a driver causes a crash while using a cell phone.

There are two big factors as to why it is so hard to claim punitive damages in a case like this:

There is no dispute that making the decision to look down at a cell phone while driving is a dangerous and selfish act. However, it is extremely hard to win punitive damages in an auto accident case involving a cell phone. At the time of writing this, it would seem almost impossible based on data.

The best-case scenario in a situation like this is to receive compensatory damages from the other driver unless you believe that you have solid evidence to prove the other driver was using their phone.