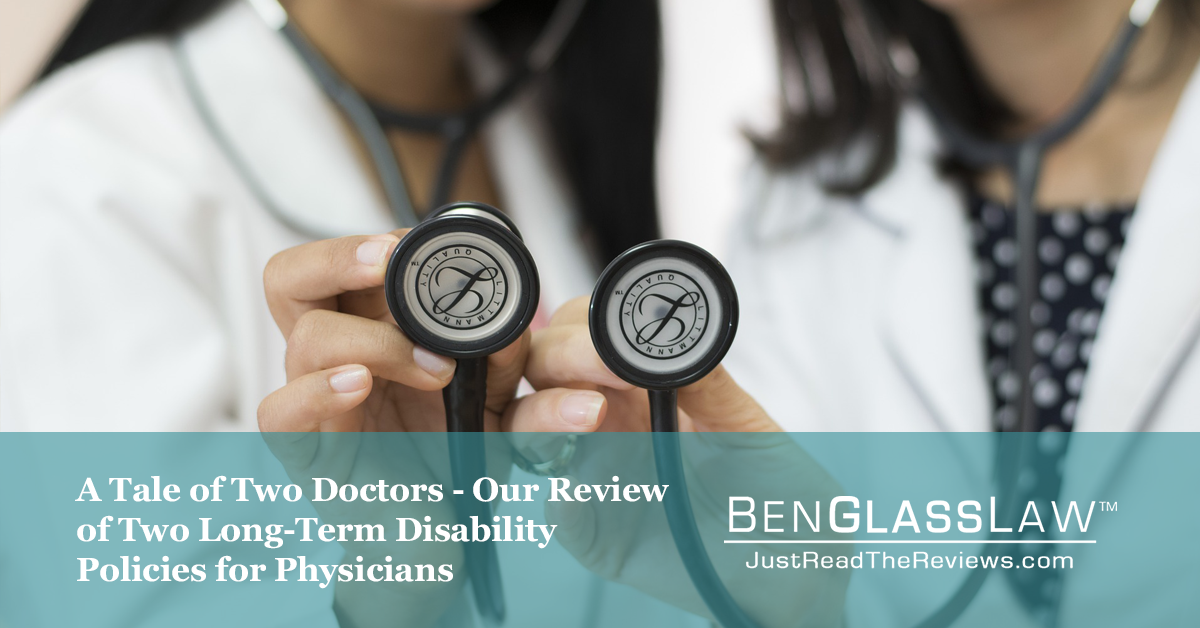 Recently we met with two physicians who had questions about their long-term disability policies. Here are their stories:

An OB-GYN with a very successful practice had a stroke in 2012. As a result, he could no longer perform deliveries or do operations. Even though his income went down dramatically, he still made hundreds of thousands of dollars a year from his practice.

Years earlier, he had purchased an individual long-term disability policy. That policy provided a considerable benefit if his income was reduced due to illness or injury. He considered making a claim under the policy because he thought it should have provided some benefit to him, but several friends told him not to bother: “you’ll never qualify for benefits because you make too much money.”

He kept working, but his practice income slowly diminished over time, all due to the aftereffects of a stroke. So recently, he came to see us, to ask about finally making a claim for benefits for that 2012 stroke.

Unfortunately, because his policy required “timely notification,” his claim was now too late. And he DID have a claim — a BIG one. His friends were wrong – his policy was designed to protect against this situation. Over the years, his benefit would have amounted to millions of dollars.

“Hey Ben, Can you Look at this and Give Me an Opinion?”

The second doctor was an endodontist who drove up from Richmond to see us. He was on claim, but his insurance company had recently sent him a letter that set off alarm bells for him.

We consulted with him and found that not only was there nothing to worry about now (the letter was just routine claim maintenance), but it looked like the insurance company may have been underpaying him for several years. We wrote the insurance company and a month later, they sent him a check for over $475,000 in past-due benefits that the doctor didn’t even know he was entitled to.

Bottom line: if you have any questions about your disability insurance policy, give us a call. We are leaders in ERISA long-term and short-term disability claims. Just read our reviews!