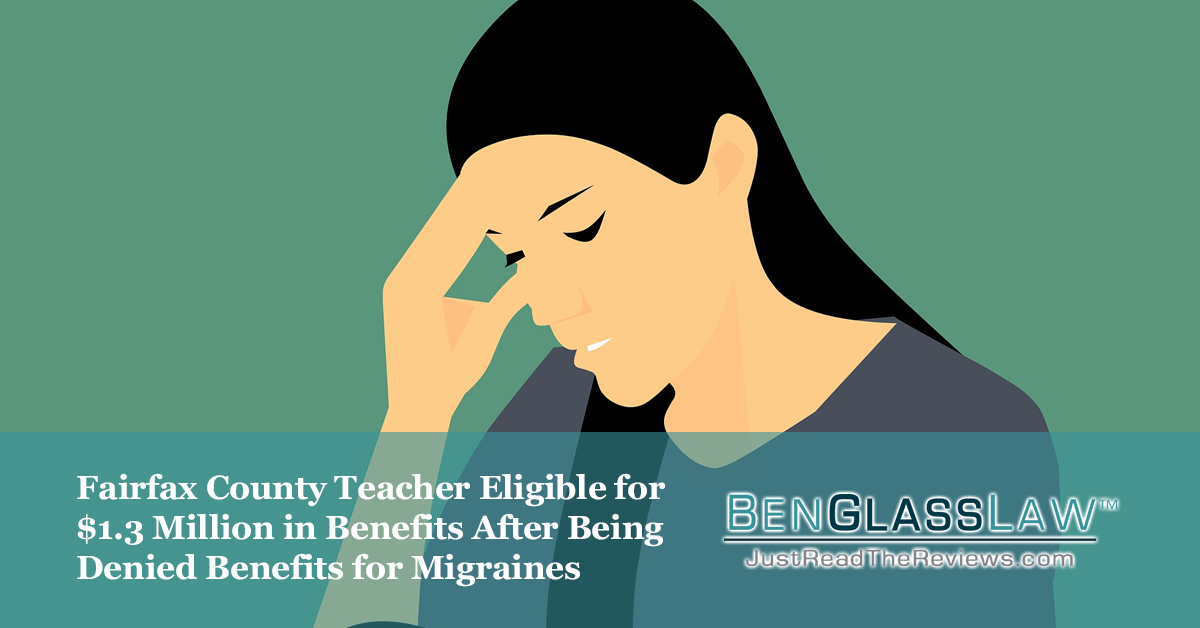 Amy worked as a special education teacher for children with disabilities. Her students have autism, intellectual disabilities, and other severe limitations. She also held the position of Special Education Department Chair for her Fairfax County public school in Northern Virginia. In November 2016 she developed chronic migraines. A migraine is much more than just a headache, and chronic migraines are unrelenting torture. Amy lives every day with pain to some degree, ranging from tolerable to incapacitating. She has no pain-free days. Her symptoms include extreme sensitivity to light and sound, blurry vision, difficulty concentrating, and intense pain that worsens with movement. Regularly, the pain becomes so intense she needs to go to the Emergency Room, and several times she has been admitted to the hospital for treatment. As her headaches got worse and never got better, Amy saw a doctor who referred her to a migraine specialist, who referred her to a leading institute for migraine headache treatment, The Jefferson Headache Center at Philadelphia University. Amy applied for Short Term Disability and was approved by the insurance company, Liberty Mutual. But as her claim continued, Liberty Mutual got tired of paying. Although there was no change in her condition, Liberty Mutual denied Amy’s claim for Long Term Disability benefits.

The problem? Migraines and the accompanying pain are primarily subjective. Pain is based on what the patient says, and migraines are not normally detectable by MRI or a CT scan or other objective test. But that does not mean migraine headaches aren’t real. Amy’s neurologist gave ample proof in her statements that Amy’s condition is disabling. She was hospitalized on multiple occasions for symptoms of her migraine. Most of Amy's job is computer work, staff meetings, and interacting with disabled students and fellow teachers. Imagine trying to complete a 40 hour work week that includes all of those things while having sensitivity to light and sound and chronic pain.

Why Careful Review of Your Actual Job Description is Important

Unfortunately, Liberty Mutual didn’t bother to look into all that Amy’s job entailed. They never asked any questions or bothered to meet her in person. Dr. Selkirk, the reviewer hired for Amy’s case, was paid by Liberty Mutual. He is a neurologist, but his resume shows that he’s a researcher, not a treating provider. He primarily researches Multiple Sclerosis and doesn’t interact with patients. His review of Amy’s records acknowledges that she gets migraines, but Selkirk stated that due to the lack of MRI evidence there is no underlying cause to her symptoms. Basically, he is saying he doesn’t believe her – without any reason or cause whatsoever to think she is dishonest. Dr. Selkirk calls this special education teacher whose doctors all support her claim and who has pursued regular treatment for her condition, a liar, a fake and a cheat. And Liberty Mutual believes him, instead of the person whom they insure and her doctors. Nice work, Liberty Mutual.

How BenGlassLaw Was Able to Help

BenGlassLaw won this appeal by pointing out these two key errors: Liberty Mutual never discovered what Amy’s job demanded of her. Their reviewer, Dr. Selkirk, relied only on paper records. He never conducted an in-person interview of Amy or talked to her doctors. And the law is clear: in chronic pain cases, which by definition rely on subjective evidence, insurance companies can’t just deny a claim by saying “we don’t believe you.” If they truly don’t believe a claimant, they have to have some reason why: treating physicians who don’t support the claim, surveillance footage, something. Simply ignoring information like intense pain caused by chronic migraines would never hold up in court. Liberty Mutual reviewed the appeal and Amy was approved for Long Term Disability benefits. She receives over $5,300 per month, and if she remains disabled for the life of her policy she would receive benefits for over twenty years. The total value of her claim could be well over $1.2 million. Of course, everyone – Amy most of all – hopes the doctors can find an effective treatment for her migraine condition. Then Amy can get back to her classroom and to the students she loves.