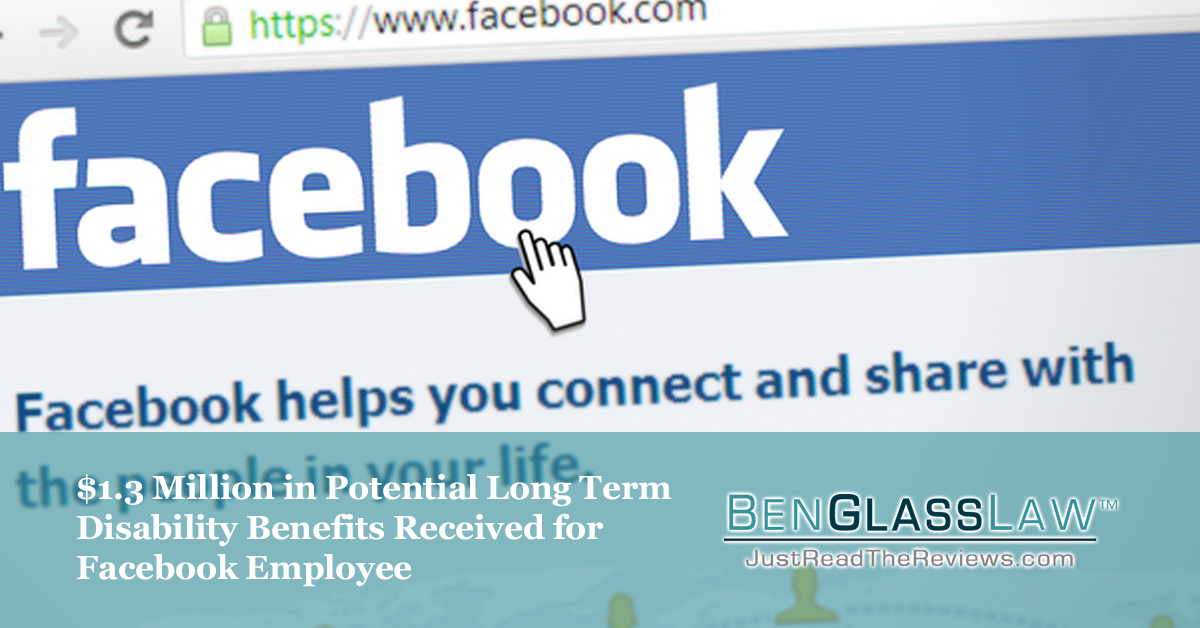 Sometimes the coolest companies to work for don’t always have the coolest benefit plans. Helen had begun working for Facebook in January 2017 as a Manager of Records. She frequently had to travel the country to different court cases to testify on behalf of Facebook. Her job dealt with important and sensitive information. She needed to show excellent judgment and decision making skills while under pressure. This high-level position was often stressful, but it was Helen's dream job. She was planning to stay and grow with Facebook until retirement.

How a Sudden Illness Derailed Our Client's Career

Helen had been healthy for many years while managing her Coronary Artery Disease. Taking over-the-counter aspirin, she experienced no symptoms until late February 2017. But something changed, and she started to feel increasingly ill. Her doctors were concerned and by April 2017 they recommended she stop working so they could focus on finding out what was wrong. Helen was experiencing severe symptoms of pain, fatigue, insomnia, chest pain, depression, and anxiety. As the symptoms worsened, Helen needed heart surgery to put in a stent and remove a blockage. Then the bad news got worse: a CT scan revealed that she also had a herniated disc and thyroid cancer, which couldn’t have come at a worse time. She was taking blood thinners after the stent procedure, so surgery for these new conditions would be impossible until she finished her anticoagulation medications.

A Surprise Denial From the Insurance Company

Helen applied for long term disability benefits. She was shocked to have her claim denied. Liberty Mutual said in the denial letter that even though she was having numerous medical issues, she wasn’t eligible for disability benefits. Why? They said she could sit without restrictions, so she could work her at her “sedentary” job. And they said that because she was taking aspirin, her blockage was a “preexisting condition” and would not be covered. Liberty Mutual did not take into account the pain she was experiencing. They did not talk to her doctors. They just cherry-picked a few notes from her office visit notes and denied her claim.

How BenGlassLaw Was Able to Help With This Claim

Using the information (and lack of information) in the denial letter and claim file, BenGlassLaw was able to win this case. We proved that Liberty Mutual had stated themselves that Helen didn’t have a “sedentary” job, since she was required to travel frequently. We showed that the treating physicians recommended she shouldn't work. And we verified that her severe pain was related to her test results showing serious back and neck issues, and was a major disabling factor in her life. Pain restricted her ability to sit, move, think and concentrate. All the medical documentation supported her disability, and Liberty Mutual was wrong to rely on “experts” who only looked at the medical records instead of examining Helen directly or talking to her doctors. Importantly, we also argued that just because your doctor recommends that you take a daily aspirin, that does NOT mean you have a “pre-existing condition” if you later experience a heart blockage!

With her Long Term Disability benefits reinstated, Helen received over $60,000 in back benefits, and now receives a monthly benefit check of over $6,000. She’ll continue to receive these benefits as long as she remains disabled. She hopes and plans to return to work, but if she cannot, the potential value of her claim until retirement is over $1.2 million.