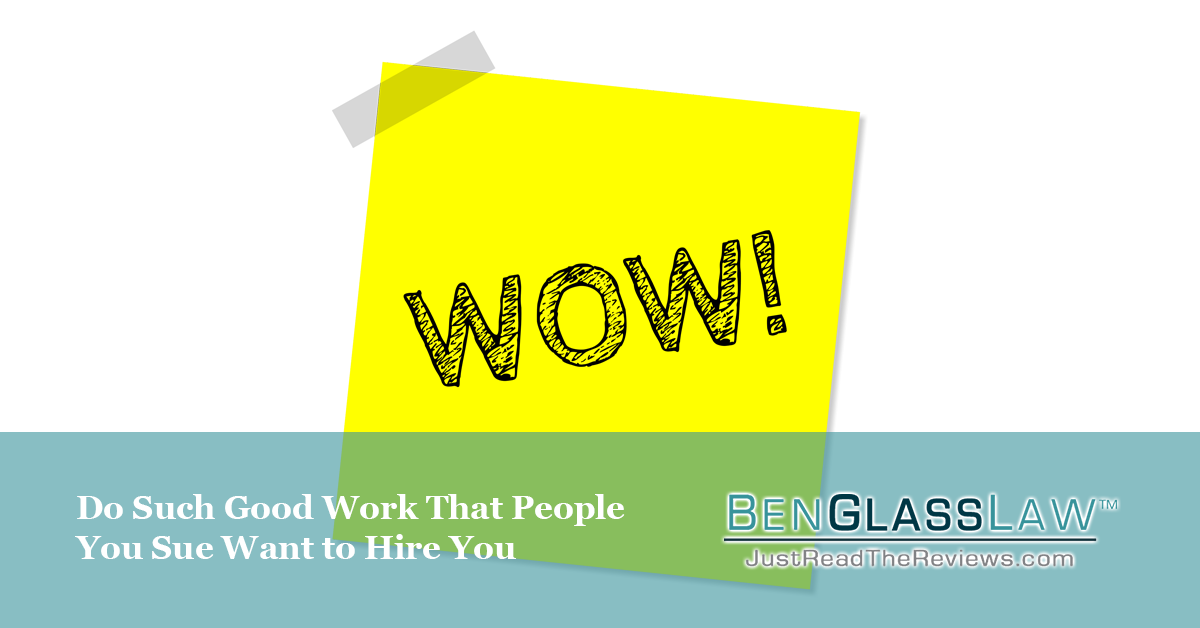 People don't like to be sued.  I have had defendants call my office to yell at me and even had one threaten to come by to give me a piece of his mind in person.  Being sued is not a fun process.  The sheriff knocks on your door and hands you a copy of the Summons and Complaint.  The defendant might make a panicked call to his insurance company.  He'll be assigned a lawyer from the defense firm (personal injury defendants usually don't get to pick their lawyers).  And he'll have to answer written questions and submit to a deposition with us.

Truth be told, we don't enjoy suing people.  Most defendants in auto accident cases are good people who had a simple lapse in judgment, were inattentive, and caused a crash.  Usually the reason that we have to resort to a lawsuit - at least in auto accident cases - has nothing to do with the driver.  We are usually filing suit because of a disagreement over case value with the auto insurance company.

And that's exactly what happened in this case.  I represented a woman who had no prior history of neck or back pain whatsoever.  She was in a crash and required several rounds of physical therapy and injections into her spine.  Her doctors told her that, even after two years of medical care, they believed she would require periodic injections into her spine going into the future - perhaps for the rest of her life.

But here was the problem.  GEICO's driver only carried a $100,000 liability policy and our client had no underinsured motorist coverage.  If we were successful at trial, we were almost certain to get a judgment of greater than the $100,000 and the defendant would have been personally liable for any amount over $100,000.

So we wrote him a simple letter:

I want you to know why we are suing you.  We have offered GEICO the opportunity to settle the case within your policy limits and they have declined to do so.  Though you only carry $100,000 in liability coverage and we have offered to settle for that figure GEICO has offered us only $45,000.  I want you to know that I take no pleasure in suing you.  I hope that GEICO does the right thing in your case.  We are willing to accept the $100,000 settlement up until the point where an Answer is filed on your behalf.  If an Answer is filed and I have to spend any more time or money on this case, we will not be able to accept an offer within the limits and will require a personal contribution from you.

And then the strangest thing happened... within two weeks, I got an offer from GEICO offering to resolve the case for $95,000.  I have never seen such a dramatic increase in the offer.  The case settled for $97,500.

Four weeks later, I got a call from that Defendant.  He told me that he had received my letter and called the adjuster to yell at her.  After all, he had paid his premiums all these years and wanted his assets protected when he had a lapse in judgment.  He was the driving force behind the significance in the offer.  He also told me that he "liked my style" and that he wanted to hire me to represent his parent for an auto accident case.