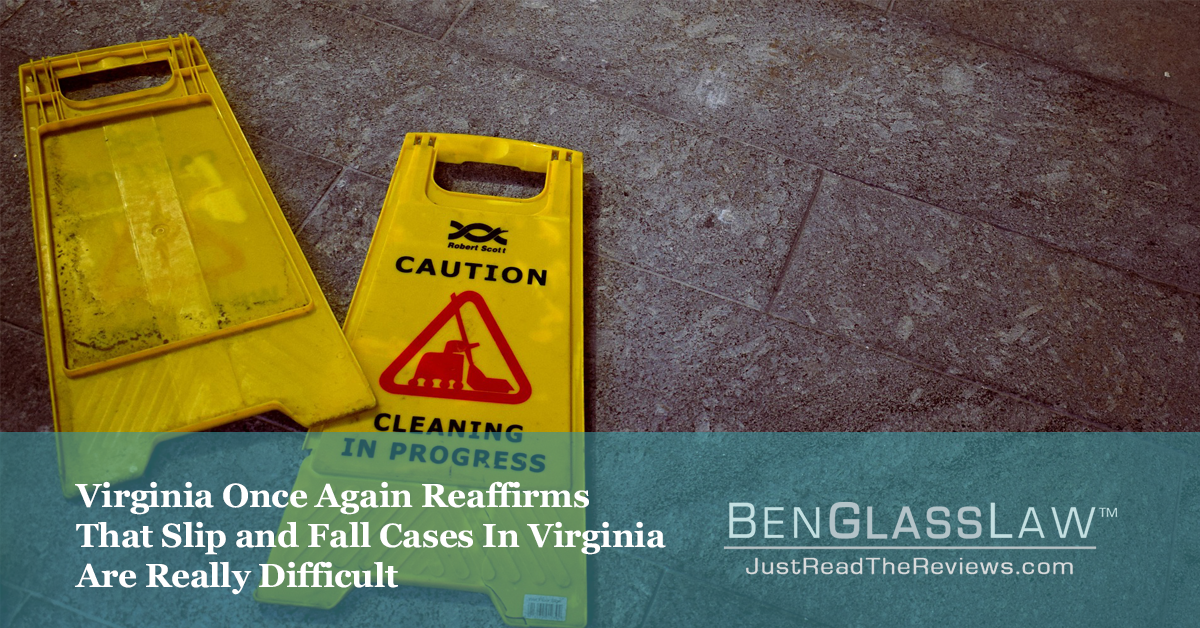 I get a lot of calls from people who were injured in a slip and fall in Virginia. And they are often surprised when I tell them that they don’t have a case in Virginia.  Indeed, I’ve written multiple articles about it, including this one I wrote several years ago.

Recently, the 4th Circuit again reaffirmed that they are really difficult cases.  In Thomas v. Omni Hotels, the court dismissed a Plaintiff’s slip and fall case when she slipped on ice that had formed around the hotel’s decorative water fountain and broke her wrist.

Despite this bad injury the Court found that the Hotel did not have “actual knowledge” that ice had formed around the fountain.  Indeed, to have proved this, the Plaintiff was required to have direct evidence that the hotel received reports of ice near the fountain that it then failed to remove.

Further, despite the fact that the hotel placed a fountain in an area that exposed it to sub-freezing temperature, the Court found that it lacked “constructive knowledge” (meaning it should have known) of the danger of ice forming around it.

Sorry to say it folks, but when it comes to slip and fall cases in Virginia, they are just plain difficult.